Conference planners can come up against interesting situations when trying to organise events. From budgetary limitations to a lack of space, there are numerous issues that can require innovative problem solving skills. Wanting to organise an unforgettable and unique conference event may be inspiration enough for some, while for others, limitations can simply inspire greater creative thinking. Take a look at some interesting examples of how conference event organisers managed to put a positive spin on potential planning problems for their meetings, events and conferences in Estonia last year.

Did you DIG it?

The European Dialogue on Internet Governance 2017 (EuroDIG) took place in Tallinn in June and was organised by the Ministry of Foreign Affairs of the Republic of Estonia. Alighting on the acronym ‘DIG,’ the event organisers decided to create an interesting and unforgettable event with a difference. Rather than using traditional, decorative floral arrangements, the organisers opted for more eccentric embellishments. For the tenth anniversary party of EuroDIG, the entrance to the Tallinn Creative Hub was lined with bricks, buckets and construction kit. From spades and shovels to a cement mixer, this imaginative idea made the most of the DIG motif. To encourage engagement, blue hard hats were even distributed to delegates.

Don’t be bogged down by a tight budget

The European Federation for Animal Science (EAAP) chose not to allow a limited budget to get the better of its 2017 Annual Meeting. With limited resources, the organisers turned to the Tallinn community for help. Turning up trumps, the ‘Tallinn by Locals’ tour guides offered their assistance. They helped to organise a Tallinn Old Town walking tour for the delegates. The conference event planners were expecting around 40 delegates to attend. However, there was an astounding turnout of more than 400 attendees on the day, making it an event to remember.

The organisers of the EAAP Annual Meeting 2017 also managed to resolve potential problems posed by their venue’s limited space. The conference took place in the Solaris Centre’s Alexela Concert Hall, however the space was insufficient to accommodate a proposed poster exhibition. The planners put a positive spin on the problem by deciding to host the poster exhibition in the Solaris Centre car park, directly beneath the Alexela Concert Hall. The car park was transformed into an eye-catching exhibition space that housed more than 300 posters. A series of three thematic sessions also took place, enabling delegates to review the posters with the aid of audio guides.

An out of the ordinary event

The Estonian Presidency of the Council of the European Union organised an informal meeting of environment ministers in July 2017. To make the meeting more memorable, attendees were whisked away to enjoy a surprise field trip. Participants were taken by bus, straight from the conference venue to explore Estonia’s natural environment. The delegates enjoyed a guided walk at the Kõnnu Suursoo bog in Põhja-Kõrvemaa Nature Reserve. Dominated by forests and bogs, the Reserve aims to protect rare and endangered species, their habitats and valuable natural landscapes. A mere 30 minute drive from Tallinn takes you to the heart of Estonia’s stunning natural scenery. The ministers enjoyed a banquet of Estonian delicacies in an unforgettable forest setting.

The Manufuture 2017 conference brought together over 600 leading representatives from industry and academia, as well as political figures from all over Europe. The aim of the conference was to imagine the future of European industry and to prioritise ways forward for technological development.

Speed dating with a difference

The International Cognitive Linguistics Conference (ICLC) is renowned for having developed a slightly different student networking event. For a couple of years, the ICLC has enjoyed success with a ‘speed-dating’ style, social event. The format enables participants to spend a few minutes talking to another attendee, enabling them to share research stories before moving on to discussions with the next delegate.

The event allows attendees to practise speaking about their research, to create contacts and potentially, to stimulate future collaboration. Participants with similar research interests have the opportunity to chat over drinks and snacks prior to the more serious business of speed-dating with a difference.  The event was further enhanced by being held at an unusual venue; the lovely river café Sisevete Saatkond.

If you’re short on programme activity ideas or on a tight in budget, why not explore the city events that are scheduled for the same time as your conference? The delegates of the Federation of Veterinarians of Europe (FVE) General Assembly of 2017 were given the opportunity to attend a concert of the German rock band, Rammstein, which was taking place in Tallinn at the same time. Why not mix business with pleasure to help create a truly memorable conference occasion?

If you need help or just some inspiration for your next event, contact us today, we’re happy to discuss your ideas and find innovative solutions for your Estonian conference and create an unforgettable experience for your delegates. 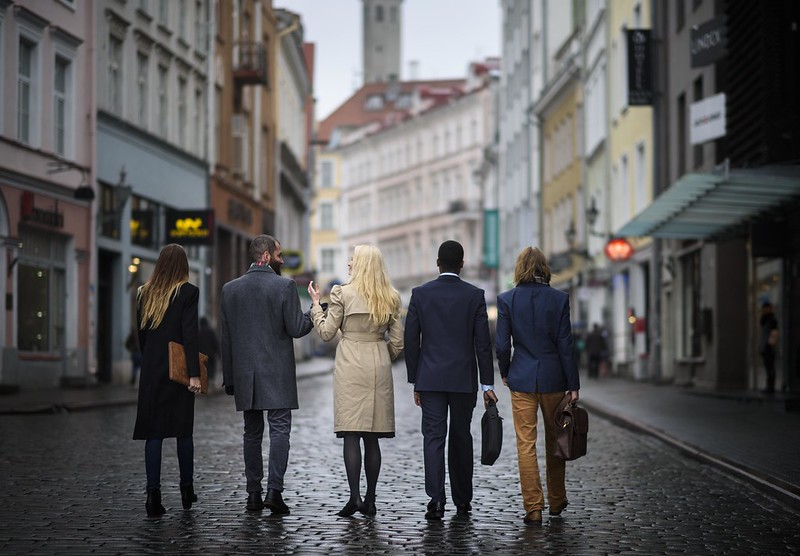